When Stephanie Allen and her family participate in the March of Dimes’ March for Babies Walk in May, they will do so to raise funds, increase awareness and help others by sharing their story.  Their group is called Team Robert. It was created to honor their angel.

“On December 2, 2013 I lost my son Robert. He was stillborn and there was no way of predicting it or knowing why. I walk in honor and memory of him and the many other babies who gained their wings too early,” Allen said in a recent speech.

She explained that her family’s story began like many.

After learning she was pregnant with a second child, “we were so happy to be giving our oldest and only daughter a sibling. Danielle was nine months old when we found out we were pregnant again. Before long, we found out we were having a boy. As the weeks and months went by, we went to every scheduled” medical appointment, “took every test, took vitamins daily, ate all the right foods, and did all the right things,” Allen said.

But, “all of the ‘right’ things still didn’t save or protect our son,” Allen said, adding that she last “felt my sweet boy move” on Thanksgiving weekend, 2013.

“That Sunday night I felt his last faint kick. We got up Monday morning, and that ‘mommy gut feeling’ hit. I knew something wasn’t right. I got dressed and drove to the doctor. They took me straight to a room and tried to find his heartbeat. There wasn’t one,” Allen said. “The nurse tried to stay calm, told me not to worry and left the room. I knew then, that my boy would never see this world,” Allen said.

The nurse took her for an ultrasound, and “there, I broke down into tears. I pleaded with God for a miracle. I bargained with Him, ‘God, if you will just give him back to me, I promise to do everything in my power to be the best Christian mother I can be,’” Allen said.

But the ultrasound technician and doctor confirmed her son’s heart had stopped beating “and there was no sign of blood flow,” Allen said. “There was nothing left to do but to go to the hospital, be induced, and deliver our angel.”

Sobbing, she called her husband, Richard Coburn to tell him what had happened. Then, “we went to the hospital. I was induced and hours later, delivered our angel,” she said.

Before her son’s birth, Allen said she reminded her husband that “we still haven’t decided on his name.” Even in those darkest moments, she said she realized “a name is important. It has a value, a meaning, significance. I was not about to give birth to my son without him having a name,” she said.

Weeks later, she decided to look up the meaning of his name, and found that Robert means bright fame, William signifies protection, and Graves meant steward, Allen said, adding that her son “was born into the arms of the angels at 34 weeks gestation.”

Although they did not realize it at the time, “our little boy was given the perfect name. He is now one of the bright stewards in Heaven, watching over us and protecting us until we see him again,” she said.

“The death of our son was the hardest thing our family has ever been through. We do not have the answers as to why he wasn’t born healthy and happy. His umbilical cord was wrapped tightly around his neck three times, but there’s really no way of knowing if that’s what took him away from us. All we know is that God has a reason for everything He does.”

Months later, Allen’s father, Steve Allen, emergency coordinator for Patrick County, told her about the walk and encouraged her to consider getting involved. Initially, Stephanie Allen said she resisted the idea, but she then embraced it and found “the March of Dimes has been our outlet in our time of grief.”

The March of Dimes raises money for research and to help families whose children are born early or with complications.

“When you join (the) March for Babies, you stand with thousands of people across the country who share your commitment to building a brighter future for us all,” Allen said, adding funds raised through the event help expand programs and educate medical professionals to make sure that moms and babies get the critical care needed.

Allen, her family and friends have participated in the March of Dimes walk a total of six times, including two years when she was pregnant.

This year, they are serving as the ambassador family for the Surry/Yadkin walk that will be held at 10 a.m. on May 4 at Fisher River Park, Dobson, N.C.

Jamie Southern, who is organizing the event, said that to her knowledge, there hasn’t been a stillborn family to participate as an ambassador family, Allen said.

But after everything she and her family has been through, they are up to the task, she said, and explained that although Robert “never opened his eyes, never cried, never talked, never walked, never said ‘I love you,’ at least, not here on earth,” his mission was to “bring people together, to bring awareness, to open other’s eyes.”

That mission is accomplished each year, as “families, friends, acquaintances, and strangers gather together to join us in fundraising and walking in his memory,” she said.

Anyone who can “help out in any way (by donating, signing up to walk with our team, or by other means)” is encouraged to contact Allen at drcrwgc@gmail.com or by phone at (336) 429-9096. For more information, the Team Robert page also can be accessed at https://www.marchforbabies.org/team/teamrobertc. 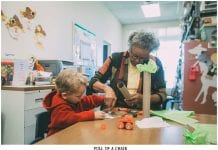 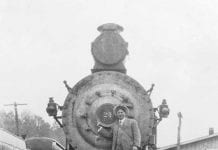