Virginia’s 65th governor, Gerald L. Baliles, died Oct. 29, 2019, surrounded by his family at his home in Charlottesville. A Democrat, Baliles, 79, served from 1986 to 1990. He was known as the “transportation governor” and for his work to clean up the Chesapeake Bay.

Baliles, a Patrick County native, is remembered as a cautious man who never forgot his roots.

Mary Sue Terry, who also began her tenure as attorney general in 1986, recalled that she first met Baliles while attending law school. At the time, he was an assistant attorney general. Later, when she was elected to the House of Delegates, Terry said she was seated two chairs away from Baliles.

He was “a diligent lawmaker and very cautious. He didn’t introduce a lot of legislation,” but offered valuable comments which “diverted or enhanced” proposals under consideration, Terry said. “I was particularly taken with his focus. Jerry had a scholarly mind and he was knowledgeable. He didn’t just take on an issue like transportation unless he studied it a lot.”
His home in Patrick County is located on Virginia 8 on the “other side of Stuart. At the time, we didn’t have the four-lane highways” that we now have, Terry said. “I suspect he always had a hankering to get where he wanted to be in a better way. That also speaks to his life.
“Jerry took pride in finding ways to help people and he helped a lot of people, and he never forgot his home in Patrick County,” Terry said. “He was a good man. He made a difference and he never forgot his roots.”
Baliles “did a great job as governor. He never quit focusing on education for Patrick County and for rural Virginia,” said former 5th District U.S. Rep. Virgil Goode Jr., who also served with Baliles during their respective tenures in state positions.
Goode recalled that before Baliles won his gubernatorial bid, a common comment was that “no one from Patrick County can ever get to be governor. He certainly demonstrated to them that was incorrect,” as did Terry in her attorney general post.

Roscoe Reynolds, who served in both the Virginia House of Delegates and the Senate of Virginia, recalled that he “had the honor to be in the General Assembly the four years (Baliles) served as governor. … I think his four years of governorship were great for Virginia. I don’t believe he has been fully credited with the many great things he did as governor. The economic growth that took place during his four years was phenomenal. The number of new quality jobs that came to Virginia were dramatically higher than his predecessors. He had the foresight to see that our transportation system was in disarray and that the cost of maintenance was becoming too high to make any improvements.”
Reynolds added that Baliles’ “efforts helped make these big improvements to Route 58, which goes through both Patrick and Henry counties. He pushed to have the bypass completed around Martinsville in the 80s. That had been forgotten due to a lack of revenue and been removed from the state’s Six-Year Plan,” Reynolds said, adding that Baliles’ work helped improve those routes and bypasses “to connect the east and west of Virginia.”

“His love for his home was evident to anyone who spent any time with him. I will never forget the day that the improvements to the Patrick County Library were unveiled and Gov. Baliles relayed how important that library had been to him when he was a child, and how grateful he was for the expansion. He was so proud of the improvements made at the library, the bookmobile and he believed very strongly in education,” Reynolds said.
Reynolds also noted that improvements were made to education across Virginia during Baliles’ tenure as governor, and added that Baliles will be remembered as “a great Virginian, a great gentleman, from a great family and with deep roots in Patrick County.”
Retired Patrick County Circuit Court judge Martin F. Clark Jr. said, “Jerry was a faithful friend and a unique, gifted and visionary leader whose influence reached all around the world. I’ve heard him say, both publicly and in private, that his remarkable career and many accomplishments were based on old-school Patrick County values: Hard work, honesty, consensus building, education and thoughtful planning.”

Simmons, Scott to lead school board 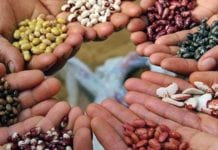